Very good article on Data Mining and Artificial Intelligence in the Health Care.

In The Consequential Divide: Which Direction Healthcare? (April 27, 2006), HealthLeaders contributor Preston Gee asserts that a political divide exists between market-driven and single-payer advocates who seek to resolve cost, coverage and quality problems. Either solution, the title implies, harbors profound consequences for healthcare stakeholders. It’s possible that a powerful force embedded in American culture--our genius for innovation--will bridge the divide.

Experts point to four basic reform solutions that exist for the U.S.:

A national universal system of coverage
A consumer-driven, market-based system covering those able to pay
State-by-state universal coverage, Massachusetts-style
A national consumer-driven, market-based model with universal coverage through Federal Employee Health Benefits Plan or the Universal Health Voucher Plan, as proposed by the Mayo Clinic
I propose another approach incorporating all these solutions--systematic innovation by government and market-based organizations. This solution will take time. It overlaps government and private sectors, and it is not without doubters. George Lundberg, M.D., past editor of the Journal of The American Medical Association and now editor of Medscape’s MedGenJournal, observes, “Innovations tend to be limited and localized. For the masses, innovations would have to propagate like crazy.”

Comparisons across the pond

In Innovation and Entrepreneurship, Peter Drucker argues the U.S. entrepreneurial economy distinguishes us from Western Europe. Our current economic growth rate is 4 to 5 percent while Europe’s is 1 percent. The U.S. unemployment rate is half of Europe’s. To Drucker, such differences exist because U.S entrepreneurs are closer to customers while socialistic bureaucrats are isolated and remote from people.

Critics argue that Europe has universal coverage and better health statistics. True, but it’s at the cost of economic stagnation, long waits and limited access to medical technologies. One could persuasively argue U.S. innovations often are strictly technological in nature and have little to do with solving social problems ranging from the uninsured to high cost and poor quality. But I assert that these problems can and will be addressed in innovative ways in the political, data collection and deployment, information technology and healthcare organization arenas.

Six major innovations, sometimes inspired by government, sometimes undertaken independently or in concert with the private sector, are driving health reform: data mining reform, consumer-driven care, pay-for-performance initiatives, national electronic infrastructure building, state-by-state reform experimentation, and “disruptive simplification” innovations at the practice management level. Data mining is the most important and sweeping innovation, because it gives us the tools to restructure and rebuild the existing system based on irrefutable and impersonal data. According to Webopedia, the computer technology dictionary, data mining may be defined as “the class of database applications that look for hidden patterns in a group of data that can be used to predict future behavior. For example, data mining software can help retail companies find customers with common interests. The term is commonly misused to describe software that presents data in new ways. True data mining software doesn't just change the presentation, but actually discovers previously unknown relationships among the data.”

Medicare data mining
This form of data mining is not new, but it remains an inexhaustible innovation source because of its size. John Wennberg and Alan Gettlesohn first explored the Medicare Mine in 1973 when they published their classic findings on how medical care varied from one region of the country to the other. Ever since, Medicare data has been considered the sine qua non for studying and judging health costs and outcomes. Wennberg considers medical service variation across regions and academic center as “unwarranted.” The variation data, he concludes, does not correlate with better outcomes data. He has proven beyond statistical doubt that “more is not better.” Employers and health plans are aware Medicare data is a treasure trove for data miners wishing to improve quality and outcomes and to pay hospitals and doctors for performance, which is why the Business Round Table and others are pressuring the Bush administration to release all Medicare claims data.

Pharmaceutical data mining
I was present in Minneapolis in the 1970s at the creation of the UnitedHealthcare Group. Perhaps that is why I maintain that pharmaceutical data mining, outside of the billion- dollar leadership of William McGuire, M.D., is what made UnitedHealthcare what it is today. It isn’t generally recognized that 75 percent of United’s profits come from outside the traditional HMO business. In 2005, I spoke with Brian Gould, M.D., a former senior executive for United. “In early 1990, I moved to Minneapolis. I was in charge of United’s Specialty Operations Division--all the non-HMO businesses. These included a pioneering pharmaceutical benefit company, Diversified Pharmaceutical Services. In 1993, we sold DPM to Smith Kline Beecham for an astonishing price of $2.3 billion,” he said. Under the terms of agreement, United HealthCare agreed to provide Smith Kline Beecham “with access to medical data and outcomes analysis.” This meant access to United’s pharmaceutical data mining operation data. For example, if United had pharmaceutical claims data indicating who was taking insulin, Smith Kline could use that data to study a huge population of diabetics.

Printed word data mining
Google is so powerful, it has become a verb. One no longer looks up information in medical libraries, one “googles” medical information. Google, I would argue, is turning the medical world upside-down. Medical journals, for example, are struggling to survive because of drops in advertising and readership. Moreover, Google has leveled the information playing field between doctors and patients. The late Tom Ferguson, M.D., a pioneer and prophet of the consumer-driven movement, put it this way in an interview I conducted with him in 1999: “Patient knowledge is different from physician knowledge. Depending on the area of specialization, a specialist might have to stay current on 30, 200 or 400 medical conditions. A general practitioner might have to keep up with 600. Patients only have to know about one disease--their own.”

Clinical, practice management and practice pattern data mining
In the 1970s and 1980s, in a clinical laboratory setting, Russell Hobbie, Ph.D., a physics professor at the University of Minnesota, and I used the Internet to develop two practical clinical applications using data available in physician’s offices--patient age and gender, physical measurements (height, weight, blood pressure), and laboratory data. From this universally available data, we developed two products--the Unified Presentation of Relevant Tests, a differential diagnosis report listing the top ten diagnostic possibilities, and the Health Quotient, a health status report based on height, weight, blood pressure, family or personal history of heart attack or stroke, and laboratory findings. UNIPORT was 80 percent accurate and was commercially successful; the HQ was acclaimed by its recipients and predicted imminent heart attacks with unexpected precision.

Practice pattern grouping often goes by the name of episode grouping. As government and private healthcare organizations seek to deliver top-quality care more cost-effectively, episode grouping has come into vogue. By clustering costs around a clinical episode--everything from doctors involved, to diagnoses, to medications, to interventions, to hospitalization, to rehabilitations, to nursing home care, to outcomes-- you can more precisely analyze total outcomes and costs. You can also more accurately—and fairly—assess physician performance. Much of the total cost, for example, of hospitalizations resides in the hospital’s costs. Hospital charges make up about 80 percent of physician costs in the hospital setting. The hospital charges may be beyond the doctor’s control. On the other hand, drugs doctors prescribe or interventions they choose are not. It has been found that total episode costs may vary by factors of as much as 20 to one. In these instances, and even with smaller variations, systematic or structural reforms are in order. True reform lies in rationalizing, not rationing, care.

Predictive modeling requires a more sophisticated mathematical approach and artificial intelligence deployment. One of the pioneers in this field is David Eddy, M.D., Ph.D., who, over the last 10 years at Kaiser Permanente, has developed a predictive model called the Archimedes Model. This model provides a mathematically based lever that moves and manipulates vast amounts of data in a way that simulates reality. It improves and speeds healthcare decision-making at decision points along the healthcare spectrum. Archimedes, funded by Kaiser, has been 10 years in the making. It uses mathematical simulation to create a visual world to help healthcare organizations make critical and administrative decisions. The model has been repeatedly tested and validated to answer complex real-world decisions. In the words of a Kaiser publicist, “The Archimedes model has virtual people who get virtual diseases, go to virtual doctors, get virtual tests, receive virtual treatment, and have virtual outcomes.” Using Kaiser’s eight million-member database, Archimedes played a role in the Vioxx recall, and it is currently being used as a tool to conduct virtual clinical trials by major pharmaceutical companies.

Another company pursuing goals similar to Archimedes is MedAI (short for Medical Artificial Intelligence) in Orlando, Fla. MedAI’s outcomes measurement application, Pin Point Quality, enables users to easily identify specific steps to monitor and improve clinical outcomes while reducing healthcare costs. Clients can integrate data from clinical and financial legacy systems. This allows clients to undertake quality initiatives. Medical directors, administrative directors and other members of the organization can create reports of quality indicators, which they can then use to drive practice changes in their organization.

In formulating the argument that America innovation in general and innovation in the handling of data in particular will change the world, I have only touched briefly on such innovative and powerful movements as consumer-driven care, pay-for-performance, the building of a national electronic infrastructure, the political innovation in Massachusetts, or “disruptive innovations” that are simpler, less costly, and more convenient to use. These are all terribly important, and their full potentials will, no doubt, require data-based innovations.

Richard L. Reece, M.D., is a pathologist, writer, editor, speaker and consultant in Old Saybrook, Conn. His latest book, Key “Under the Radar” Innovations Transforming U.S. Health Care, will be published later this year. Reece may be reached at rreece1500@aol.com.

Pushing data mining results and predictive analytics into healthcare will require the systems used by healthcare providers and payers to understand and automate operational (care) decisions. This takes the right technology and approach. See this for a discussion of the technology and the issues involved. 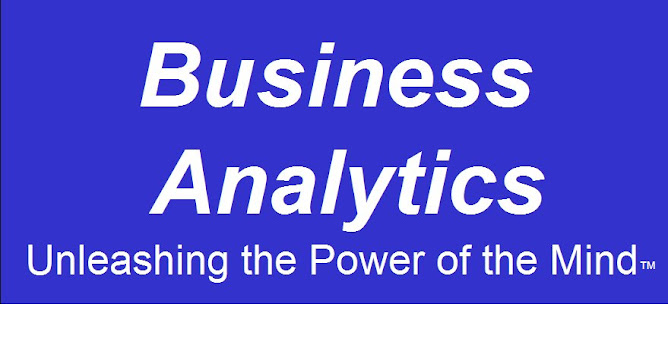